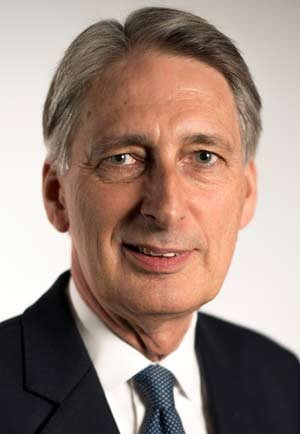 In his Autumn Statement 2016 the Chancellor of the Exchequer, Philip Hammond, announced an increase in Insurance Premium Tax, IPT, from 1st June 2017 to 12% from the previously increased rate of 10% which came into effect on 1st October 2016. This means that the tax will have doubled from 6% since October 2015.

Insurance Premium Tax (IPT) was first introduced in October 1994 by Kenneth Clarke the Chancellor of the Exchequer in John Major’s Government. He increased the rate to 4% in April 1997. Gordon Brown increased it to 5% from July 1999. This didn’t do as much harm as taxing pension funds and selling two thirds of our gold reserves at a knock down rate but it is another thing he was responsible for. George Osborne dipped his fingers into the insurance pie in January 2011 with an increase to 6% and it stayed at this level until 1st November 2015 at which point Mr Osborne really started to crank rates up.

Here’s a history of IPT.

IPT has historically been lower than VAT. This could be because VAT is supposed to tax discretionary purchases but a minimum level of motor insurance is a legal requirement. There is no discretion when you buy your car or motorhome insurance.

Unlike VAT which has simple and infrequent refund requirements Insurance is complex. The computer systems that calculate your quotations and renewal premiums clearly have to apply the correct rate of IPT and this is relatively simple. Where it gets complex is when you need to be given a refund. At that point you need to be given back the correct IPT that you paid on your insurance. This means that the system has to remember at what rate you paid and refund the correct amount. Not too difficult but lets say you changed your caravan after an increase, having taken out your insurance before that increase. Now you are potentially paying two rates of IPT because you will have to pay the new rate on any additional premium that you have to pay. Now what happens if you subsequently cancel and have to be refunded the IPT that you have paid at the two different rates. I know what you are thinking, “what are the chances of that”. It might be a rare occurrence but the systems have to be able to cope with it.

HMRC also have special calculation procedures which can be implemented to provide time for changes to be made but these just complicate matters further.

So you might ask why don’t they just put it up to 20% to match VAT in one jump and make everything simple. That’s a good question. I wonder if the Treasury are worried about killing off the goose and are hoping that consumers won’t notice the increases.

Paradoxically at the same time has these large increases in IPT are going on the FCA has a new rule whereby insurance providers and intermediaries have to set out clearly what you paid last year and your premium for the next year in renewal notices. This may well make it clear to consumers exactly where the increase has come from.

Image by Government of UK [OGL 3]

Relax and let us take care of your insurance.